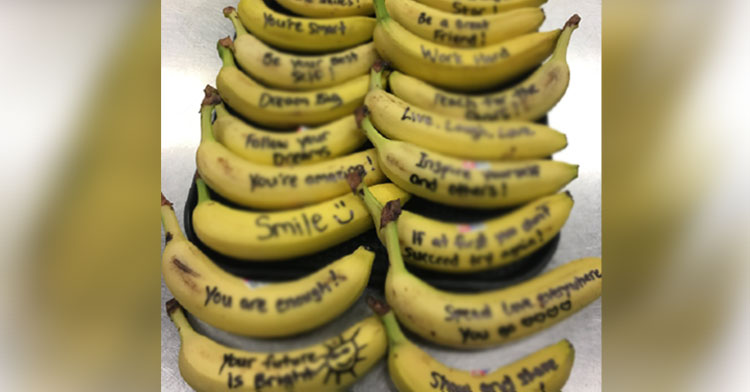 Every school day, students at Kingston Elementary School in Virginia Beach, Virginia, are greeted by the smiling face of Stacey Truman. She’s been serving lunch in the cafeteria for 9 years, but she recently made headlines with a simple trick that she hopes catches on nationwide.

Since she’s in the position to see the kids every day, she knows every students’ name and often chats with them about what’s going on in their lives. Because of this bird’s-eye view, she can inevitably tell when they’re feeling down or might need a pick-me-up — and that’s how Stacey’s “talking banana” idea was born. 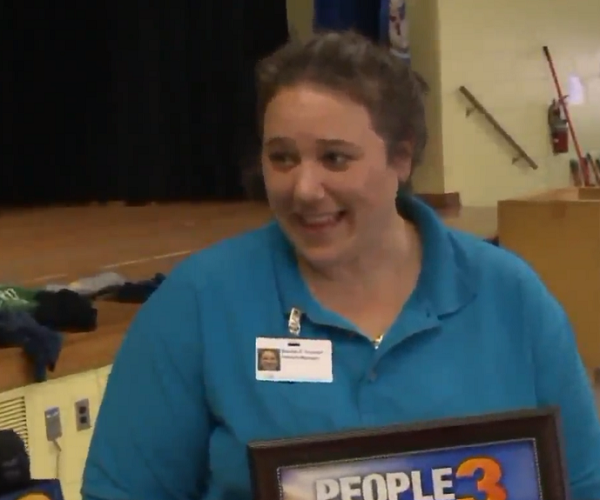 One day as she stocked the fruit shelf for the impending lunch rush, Stacey grabbed a Sharpie and wrote a few words of encouragement on the bananas. She wrote simple phrases that she thought kids need to hear during their long school day, like “You’re good enough” and “Dream big!” 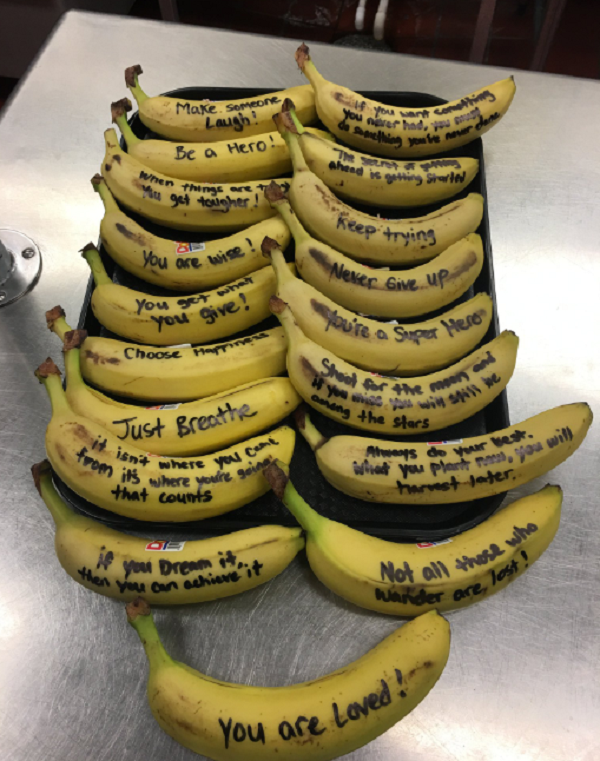 The kids loved them instantly, assigning them the moniker “talking bananas,” which stuck. Not only do these messages encourage positive thinking and kindness, but they’re also ensuring that kids eat enough fruit. Stacey says there are hardly ever bananas left over when the lunch periods are over. 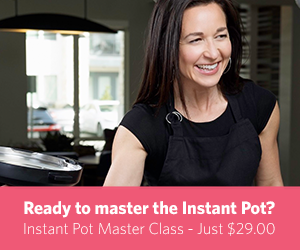 Learn the Instant Pot and how to cook our favorite recipes in the new Instant Pot Master Class. [Learn More]

When school principal Sharon Shrewbridge saw what Stacey was up to she was so moved that she shared photos on social media. It was there that the trend caught on, attracting attention from major news outlets all over the country. Stacey says she’s humbled by all of the attention but hopes that it encourages other educators to get in on the act. 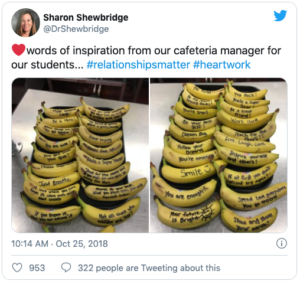 “I never in a million years expected all of this; I’m so humbled … and so surprised,” Stacey noted.

“[Stacey’s] almost embarrassed about all the attention,” Sharon explained. “She just wanted it to be anonymous. But I said this is so simple and amazing — and it has such an impact on kids.” 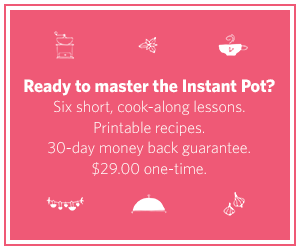 Learn the Instant Pot and how to cook our favorite recipes in the new Instant Pot Master Class. [Learn More]

Another coworker reiterated the principal’s statement, explaining, “It might have been just something on the banana, but for somebody, that might have stuck with them the whole day… ‘Be smart, you’re enough.’”

“It’s simple, but these words can help them be more courageous and realize that they are good enough,” Sharon added. “I hope that other schools see it’s an easy way to get a kind message to kids.” 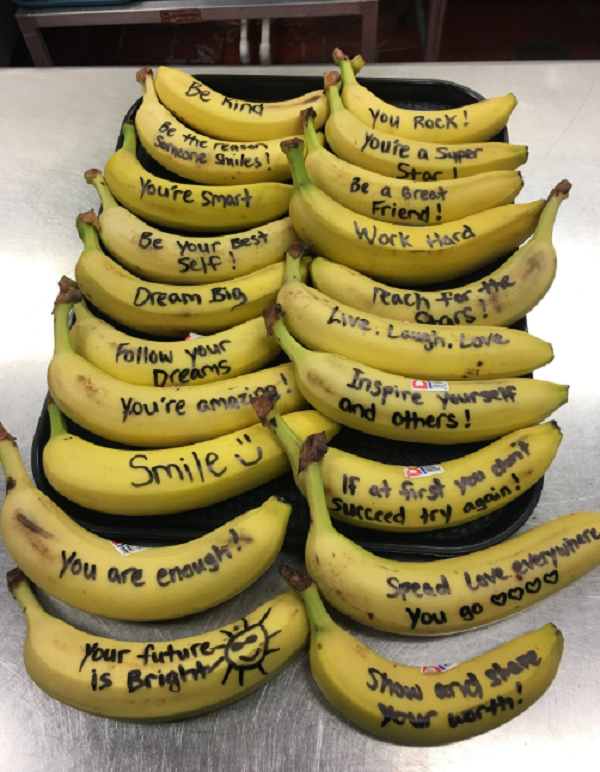 What a wonderful way to connect with kids. Even though Stacey is not a teacher herself, she’s making sure to leave her mark on these kids. They should leave her cafeteria standing up just a little bit taller knowing that someone cares about them and thinks they’re doing great.

Please share this story to spread the “talking banana” idea even further.

Thanks to InspireMore for letting us share this great story!